Last month – May 2019 – 13 companies were valued over $1bn for the first time. By the way, none of them was profitable. That doesn’t sound rare at all! 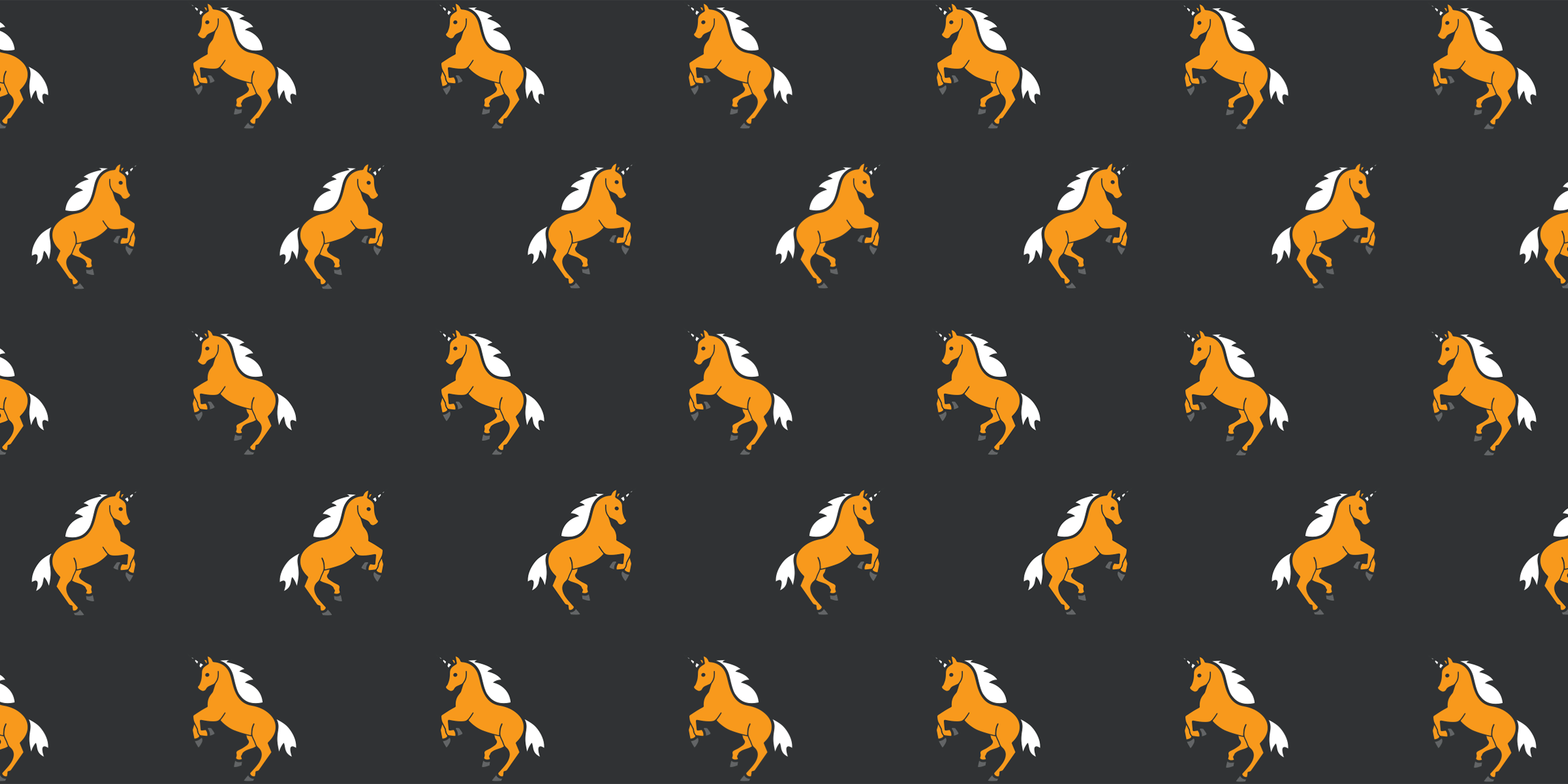 How many times have you read the word “unicorn” in the news this week? You probably noticed that it’s become much less rare than literal unicorns. Last month – May 2019 – 13 companies were valued over $1bn for the first time. By the way, none of them was profitable. That doesn’t sound rare at all!

Booming investment, investor FOMO, inflation and a whole array of phenomena now allows companies to reach the valuation target much more easily than when the phrase was originally coined in 2013, only 6 years ago.

If not valuation then, what is it now that distinguishes really successful companies from the crowd. What is it that few businesses have which makes them much more likely to enjoy long term success? Well, in a world of cash-burning multibillion-dollar companies that IPO just to lose 20% of their initial pricing only days after their stocks start trading, that rare feature is profit.

Excluding privately owned companies that are affiliates of huge conglomerate groups (like Ant Financial with Alibaba Group) or which are owned to a large extent by multinational corporations (like Juul with Altria Group) we could only find three companies that are valued over $1bn and that are also growing and profitable. These are OakNorth, Transferwise and Zoom. Let’s start with the lesser known one.

Earlier this year, this company was crowned with the title of “Europe’s most valuable FinTech company, thanks to a $400m investment led by SoftBank which valued it at $2.8bn. OakNorth was later stripped of the title by the next company on this list, but we’ll talk about that later.

How come the most valuable FinTech in Europe is hardly ever talked about? The name may sound new to a lot of people. That’s why while other companies in the same space develop solutions targeted at a broad audience, OakNorth decided to focus on a historically underserved segment: loans between £500k and $25m, at very competitive interest rates, with a track record of zero defaulted loans thanks to their AI-powered credit analysis platform.

However, what is really special about this company is not its valuation nor its incredible product, but the fact that it managed to grow its pre-tax profits by more than three times to $46m in 2018. That is a unique accomplishment by any challenger bank worldwide: Monzo lost $43m last year, Revolut lost $19m and Atom lost $70m. Just to name a few.

OakNorth has been selling its white-label platform-as-a-service product to banks in key geographic markets, starting in the UK where $4bn was loaned thanks to them since they started operations. It allows banks to save weeks of work on the preparation of credit papers and to monitor the financial status of the borrowers flagging up any potential repayment problem.

They are now in the process of launching U.S. operations through their brand-new New York Office, where they will operate through licensing to existing banks in absence of a valid American banking license.

With over $1 Billion in capital raised and triple-digit profit growth, the group is in a strong position to turn the economic threat into a significant opportunity. Co-founder Rishi Khosla tells his staff “the best businesses thrive in times of economic turmoil.”

The OakNorth team will be put to this next test and it may be a bit sooner than most expect. Watch this space.

We mentioned above that TransferWise recently took OakNorth’s place on top of the valuation rankings of European FinTechs. The money transfer Start-Up has indeed come up with a surprise move last May, when it decided to sell almost $300m in secondary shares (meaning that existing shareholders sold their equity to new investors). The funding was led by Lead edge Capital, Lone Pine Capital, Vitruvian Partners and BlackRock, and valued the company at $3.5bn.

This valuation more than doubles the previous one, from late 2017, of $1.6bn. This rapid increase in value, according to CEO Kristo Käärmann, is due to the fact that the company has been making profits for two and a half years. “When we fundraised last time, we were already profitable, but we wanted a little money for a cushion in case something happened or the financials changed,” he says. “Now we are so confident in what we are doing that we agreed that the company doesn’t need to fundraise.”

The move is a bit unusual for the typical scale-up, which is in constant needs of cash injections to fuel its growth. Transferwise is a different breed: it’s a unicorn among unicorns! Its growing revenue allows it to expand its service offering, with the recently launched borderless account, as well as geographically, launching in the U.S. at the end of last year.

A secondary sale could also allow Transferwise to avoid going public, at least for now. The operation in fact grants the same liquidity to existing shareholders, be they early investors or employees. The company, says Käärmann, does not need the publicity nor the cash resulting from an IPO, arguing that their operations are currently providing both. While going public sometime in the future is not off the table at all, Transferwise will probably wait for the current wave of tech companies hitting the stock exchanges to be over, in order to enjoy more stability than what Uber, Lyft and Pinterest are experiencing right now.

Speaking of stock exchanges, the only recent IPO that has been spared by the public has come from the third profitable company on this list: Zoom Video Communications.

The company, valued $1bn at its latest private fundraising event in 2017, hit the markets in April at a valuation of almost $10bn, while current stock prices give it a market cap of almost $25bn. Arguably one of the most successful IPOs of recent years.

Zoom’s revenues doubled to $331 million in the year ending January 2019 during which it earned net income of $7.6 million, according to its S1. This incredible financial outlook, growing 100% YoY while staying profitable, is what is hyping up investors so much, stealing the spotlight from the massive cash-burners that recently went public.

Behind Zoom’s success are two key principles: developing the product around the customer and making the business model completely scalable.

Founder Eric Yuan was a lead engineer at video communication company WebEx, which was then acquired by Cisco. Yuan started Zoom out of frustration from the disregard of customer needs he experienced at Cisco. Zoom was founded in 2011 and reached unicorn status in January 2017. Time proved Yuan right as over 35 engineers left Cisco with him to work at Zoom, and customers are loving it, growing 67% yearly up to 750,000 at the beginning of this year.

Zoom’s Net Promoter Score (a metric representing a customer’s willingness to recommend a product) is over 70, which is way above most leading tech companies: Microsoft, of which Skype is a direct competitor, has a NPS of only 34.

“Here execution for the customer is our true north. We have a consultative approach to building our service — working with our customers and our product development teams. We listen and implement features if enough customers request them. We have a customer advisory board for our up-market customers and use AI and automated tools to boost engagement with our product for down-market customers. When it comes to the onboarding process for new customers, some of our competitors merely provide video tutorials and a one page PDF.”

Proof that Zoom’s model is truly scalable comes from an analysis of the cost structure of its key operations, which as a SaaS business include sales and marketing.

In the year ending January 2017, Zoom’s operating expense to sales was 79%, and stayed constant until January 2019. Meanwhile its gross margin increased from 79% to 82%. This indicates that Zoom got better at extracting value from its operation while widening its user base massively.

Having users as their biggest advocates certainly helped them carry out a successful marketing strategy. As always in these cases, product is king!