The Midas is compiled after reviewing submissions from hundreds of partners across dozens of firms each year, with newer exits and early-stage returns being valued more highly by Forbes and TrueBridge. 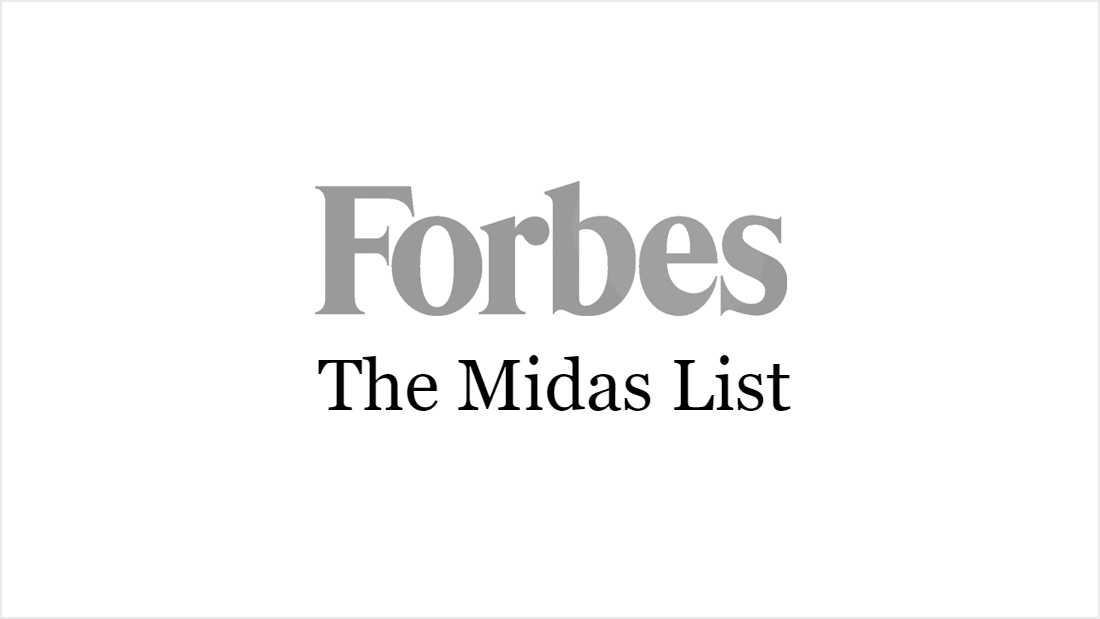 On 2 April Forbes published its 19th edition of the Midas List, a ranking of the world’s top tech investors produced in partnership with TrueBridge Capital Partners.

Investors are listed by the number of their portfolio companies to have gone public, to have been acquired for at least $200 million in the past five years, or to have raised additional funding of $400 million or more. The Midas is compiled after reviewing submissions from hundreds of partners across dozens of firms each year, with newer exits and early-stage returns being valued more highly by Forbes and TrueBridge.

The 2019 list reveals some notable new arrivals as well as the more predictable wins: Sequoia Capital tops the company rankings with nine names on the list. Accel and Andresson Horowitz are placed second and third with six and four names respectively. Other top performing VC firms are ZhenFund (launched in close partnership with the Chinese branch of Sequoia Capital), Lightspeed Venture Partners, NEA, 1st Round Investors and Index Ventures.

Shifting changes in the tech industry are also reflected by two new records. Firstly the inclusion of 21 Chinese investors, including returning No. 1 Sequoia’s Neil Shen, and No. 6 Kathy Xu, the highest ranking woman of the 12 women on the list. Whilst the total proportion of women is undeniably still low, this is actually the highest number of women featured to date, a small but gradual increase from nine in 2018.

Interestingly, nine of the women on this year’s list founded or co-founded their own firm. No.6 Kathy Xu started Capital Today in 2005 and was an early investor in many of the most successful internet companies in China, such as e-commerce giant JD.com. Having boosted her career with its 2015 IPO, Xu returned $2.9bn to Capital Today from a $18m initial investment. Mary Meeker, at No. 8, also started her own fund, Bond Capital, after eight years at Kleiner Perkins Caufield & Byers.

It used to be the Silicon Valley giants like Facebook and Twitter that made the fortunes of investors on the list. But the 2019 Midas List reveals just how different the tech landscape looks now, with Chinese giants Alibaba, Medituan-Dianping (China Internet Plus) and Bytedance leading the way, followed by Uber and Spotify. This means that only one US company has managed to earn a place amongst the top 5 money-makers: a clear sign of the shift in the geographical dynamics of the VC world.