Revenue multiples for the Internet of Things companies have remained stable around the 4x mark over the past year, peaking at 4.2x in Q3 2021. 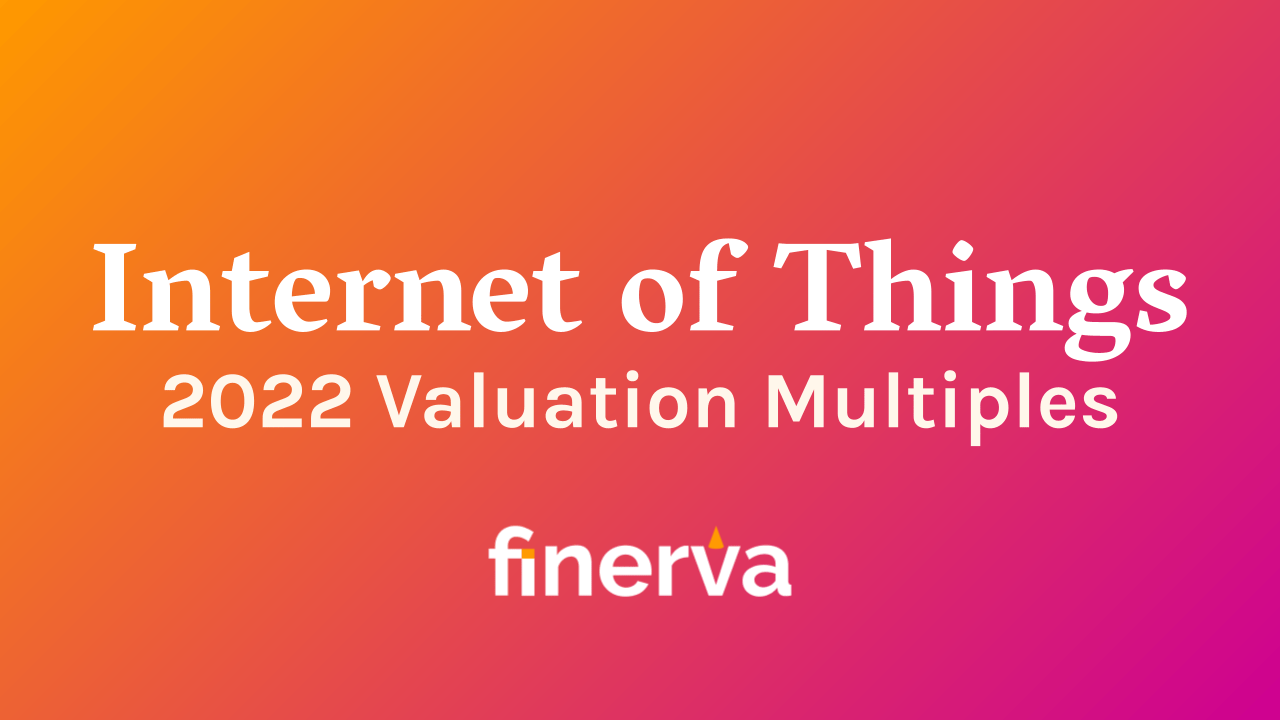 Internet of Things is the collective noun used to describe the technology sector dealing with connected devices and sensors. These devices—including smart speakers, tracking tags, smart cameras and many more—are at the forefront of the push for embedding tech into our everyday life.

Because of its underlying aim to extend the vast communication and computing potential of existing internet and cloud technologies, Internet of Things is a sector in constant expansion. Connected speakers with smart-home features were perhaps the first widespread examples of IoT taking a market by storm, followed by smart doorbell like Amazon’s Ring.

Fortune Business Insights reports that the global IoT market was worth over $380bn in 2021, and projected to surpass $1.8tn by 2028. Among the technological developments that are contributing to IoT’s staggering growth, the main two are the rise of 5G adoption and the development of edge computing.

The Internet of Things ETF (SNSR), managed by Mirae Asset Group, seeks to invest in “companies that stand to potentially benefit from the broader adoption of the Internet of Things (IoT) […] This includes the development and manufacturing of semiconductors and sensors, integrated products and solutions, and applications serving smart grids, smart homes, connected cars, and the industrial internet.”

The 47 companies in the fund are all listed on public stock exchanges, and so their financial metrics may differ from younger start-ups introducing innovative technologies, typically considered a high-risk-high-reward investment. Around 90% of these companies recorded positive revenues throughout the past 2 years, and over 75% had a positive EBITDA.

Over the past year revenue multiples for the sector have remained relatively stable around the 4x mark, peaking at 4.2x in Q3 2021. The median EV/Revenue multiple for IoT companies in Q4 2021 was 3.9x, still within 10% of its all-time high.

While these multiples are not as high as some of the sectors adjacent to IoT—for example SaaS or CyberSecurity— they showed consistent growth over the past years and seem to have reached a stable level.

In terms of distribution, this metric also shows a lot of consistency, with the median half of the companies in the cohort (excluding the top and bottom 25%) achieving EV/Revenue multiples roughly between 3x and 6x, while very few outliers surpassed the 10x or even 20x mark.

The high percentage of public IoT companies with positive EBITDA allows us to calculate multiples based on this profit metric with a certain reliability which is not always granted in the tech sector.

Similar to their revenue counterparts, EV/EBITDA multiples for the Internet of Things sector grew from 11.2x to 18.5x between Q1 2020 and Q1 2021, which was the peak quarter for this metrirc.

EBITDA multiples seem to be more competitive with other tech sectors, showing that investors reward companies with proven paths to profitability in an industry where scalability is at the very core of any viable business.

For some IoT companies EV/EBITDA multiples can even much higher, with the top 25% of the cohort ranging from 20x to nearly 100x over the course of the past year.