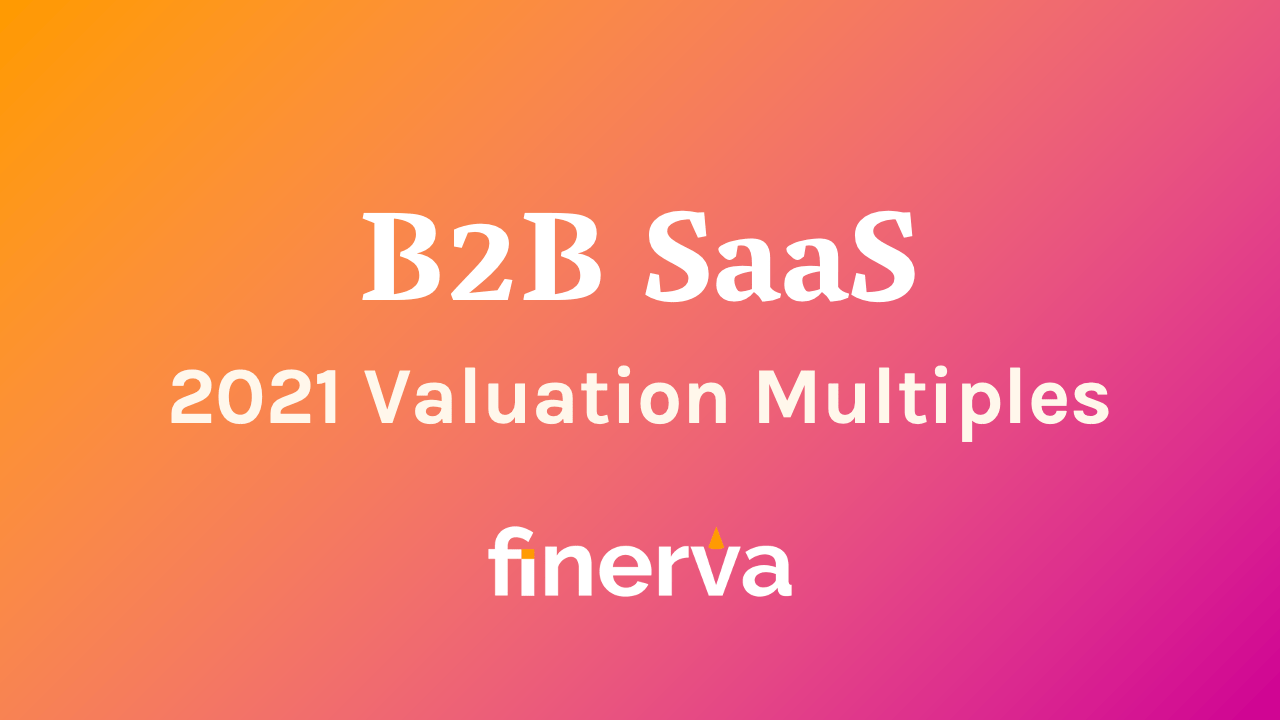 Software-as-a-Service companies – and B2B SaaS in particular – have benefitted from the increased digitalisation of the workforce brought about by the pandemic, leading to a huge number of companies adopting cloud or subscription based solutions to manage their operations and people.

On the public markets, SaaS stocks are popular among investors, and that popularity has shifted into overdrive as a result of the COVID emergency. Perhaps most notably, B2B SaaS solutions achieved stellar valuations driven by the mass shift to remote working.

B2B SaaS refers to companies that provide software (app, extensions, add-ons etc.) directly to other businesses as a service, as opposed to B2C, which sell their software directly to individual consumers.

Our research is based on the SEG SaaS Index, which lists 100 publicly traded companies that “primarily offer solutions via the cloud and/or through a subscription or transaction-based model”.

After screening for organisations that record 100% of their revenues from business-to-business sales, 53 companies within the SEG SaaS Index were identified as part of the B2B SaaS cohort.

The most represented sector was Cybersecurity (10 companies), followed by Payments (5), Analytics (4) and Human Capital Management (4).

“Other” is comprised of 16 companies, which included Biotech, Insurance, Supply Chain Management and Planning, among others.

To calculate the median multiples across the cohort, and how these are distributed, we used Enterprise Value, Revenues and EBITDA data extrapolated from YCharts.com.

The median EV / Revenue multiple for public B2B SaaS businesses almost doubled in 2020, from 6.5x (Q1) to 12.2x (Q4). This refers to the Trailing Twelve Months (TTM) Revenue of the companies in the cohort.

The first three months of 2021 saw a slight decrease, which lowered the median multiple to 10.2x. This figure is still significantly higher compared to 12 months ago, highlighting how SaaS companies have thrived due to the shift to teleworking.

The B2B SaaS revenue multiple is in line with the figures of the general SaaS multiple.

The quartiles analysis shows that variance has increased in the past year. The first and third quartiles range is around the 15x mark, while the upper quartile has seen much more variance and higher multiples.

In the chart above, the lines indicate the range of EV/Revenue multiples in our cohorts, while the boxes highlight the Interquartile Range (IQR), which is where the median 50% of the cohort ranks based on their valuation multiple.

The median EV/TTM EBITDA multiple has also gained momentum in the past year, leaping from 42x in Q1 of 2020 to 71x in the first quarter of 2021. This result confirms the momentum and attractiveness of B2B SaaS companies in the public markets.

The multiple is also close to that of general SaaS, which seems to suggest that investors greatly value software companies as a whole sector and have been investing heavily in these companies.

It is significant to highlight that over 10% of the companies analysed posted negative EV/EBITDA ratios. The fact that such high multiples are achieved by loss-making companies, demonstrates just how in-demand the SaaS market continues to be.

Further it shows that investors are prepared to fund growth now and be more patient for profit. In our view, EV/Revenue is usually the most appropriate valuation benchmark for SaaS businesses.

The EBITDA multiples quartiles also show an increasing YoY variance. Excluding outliers, data shows that the range has been expanding significantly in recent quarters. This is likely to show the significant investment by many in headcount and customer acquisition costs in the pursuit of accelerated growth which will depress EBITDA (temporarily, investors will hope).

In the chart above, the lines indicate the range of EV/EBITDA multiples in our cohorts, while the boxes highlight the Interquartile Range (IQR), which is where the median 50% of the cohort ranks based on their valuation multiple.