Valuation Multiples for Founder-Run companies peaked between the end of 2020 and the beginning of 2021, to stabilise by the end of last year. 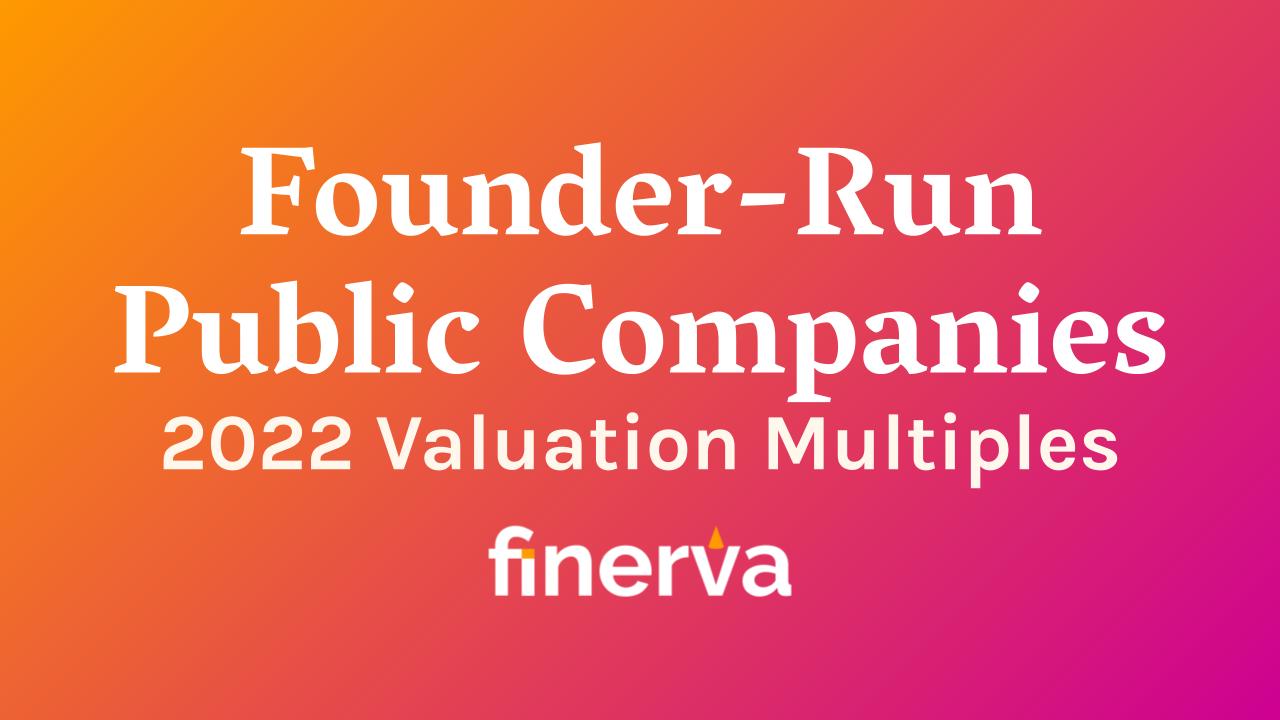 The road from a company’s foundation to its IPO can be a very long one and among the many changes that can happen along the way, a fairly common one is the Founder stepping down from their leadership position within the company. However, a significant proportion of Founder-run companies go public and beyond while still retaining their original leader—and some investors think these companies are able to create more value than most.

While leadership is obviously a complex and debated topic, and the same formula won’t apply to all companies in all contexts, Scholars and investors who support Founder-run companies advocate their position around three main arguments.

Firstly, Founders are in a unique position to assess and steer the future of their company in a long-term perspective, this is for three main reasons:

Secondly, startup Founders often are disruptors with innovative mindsets and ambitious goals. Many think that these traits help Founder-run companies to stay competitive with cutting-edge startups in their respective sectors by investing more aggressively in R&D, growth and M&A. A paper published in 2016 by three professors at at Purdue’s Krannert School of Management found hard evidence of Founder-run S&P500 companies producing significantly more patents than their CEO-run counterparts. Bain & Co. partner Chris Zook found that “an index of S&P 500 companies in which the founder is still deeply involved performed 3.1 times better than the rest over the past 15 years” although research from asset management firm Schroders found key differences and nuances in Founder-run companies across different sector.

Lastly, the Founder as a charismatic leader and sometimes even as a public figure often embodies the company’s values and culture, as well as those of their employees as the likes of Elon Musk, Mark Zuckerberg or Jeff Bezos—often controversial figures whose personal brands are closely tied to their businesses’ reputation—have proven in recent years.

The counter-argument to this often revolves around public companies being too dependent on their Founders, resulting in a single person’s decisions potentially hindering the performance of large public companies. A similar scenario led to Elon Musk stepping down as Tesla’s chairman, and is now at the center of the debate of whether he should be allowed to buy Twitter.

The Founder-Run Companies ETF (BOSS), managed by Mirae Asset Group, seeks to invest in mid to large cap, primarily US-based companies who are run by their founders.

The nearly 100 companies in the fund are all listed on public stock exchanges, and so their financial metrics may differ from younger start-ups introducing innovative technologies. Over 90% of these companies recorded positive revenues throughout the past 2 years, and over around 60% had a positive EBITDA.

Following a trend that we found generally reflected into the whole market, median EV/Revenue multiples for Founder-Run companies peaked between the end of 2020 and the beginning of 2021, to stabilise by the end of last year.

As of Q4 2021, the median EV/Revenue multiple for Founder-Run public companies 10.4x.

This is significantly higher than most sectors we analysed, confirming a widespread positive investor sentiment towards companies that are Founder-Run. As a point of comparison, average-performing sectors such as CyberSecurity normally show median multiples in the region of 7x or 8x, while only sectors that are considered “hot” and run on very high profit margins, such as FinTech for example, tend to record EV/Revenue multiples in the double digits.

The distribution of multiples within the cohort is very uneven, with top performers going above 50x in many cases, suggesting that some Founder-run companies are in fact able to generate a highly positive investor sentiment beyond financial performance.

Variance for EV/EBITDA multiples among Founder-run companies is through the roof. No other cohort—perhaps with the exception of Blockchain & Crypto—consistently showed top-performing companies with EBITDA multiples well into the hundreds.

All these companies have in common is being run by a Founder whose leadership, expertise and vision are trusted by investors more than their actual earnings.