Following a similar trend as sectors such as SaaS & FinTech, revenue multiples for Blockchain and Crypto companies rose up to 25x in Q1 2021. 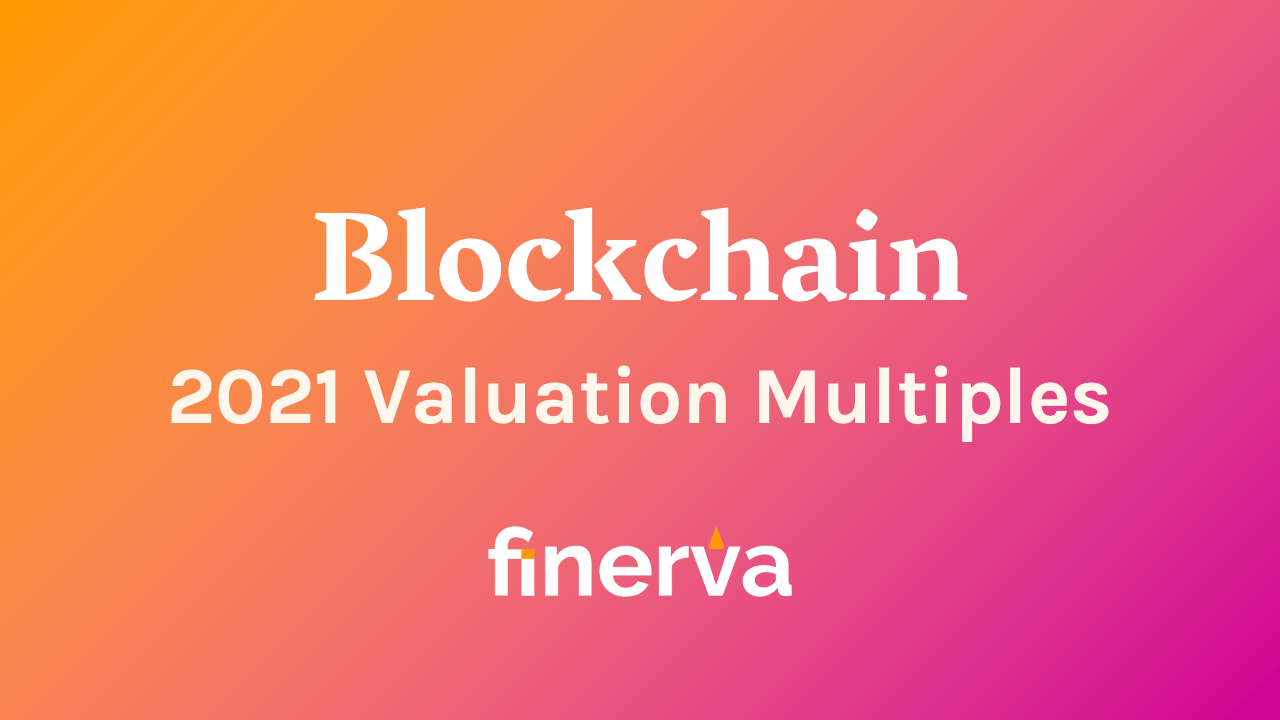 Blockchain technology has been around for over a decade now. Originally created as a distributed ledger to record Bitcoin transactions, its applications and uses have since grown and expanded to a much wider range.

When talking about blockchain today we are not just referring to bitcoin and cryptocurrencies anymore, but to a whole technological landscape built on top of this technology, from encryption, authentication and privacy to digital artwork, data storage and more.

A huge number of tech companies have tried to make a business out of this new promising tool, but because of the range of different business models that have been built on such a new technology it can be hard to quantify their valuation purely based on financial metrics.

The vast majority of blockchain-based businesses that are investor-backed are still private, and as we are still in the early stages of blockchain adoption most of them are still pre-profit (if not pre-revenue).

In order to get a benchmark of how much the average blockchain business can be worth, we looked into a cohort of public companies that disclose metrics which allow us to infer their valuation relative to revenue and profit, hence their multiples.

Using financial data aggregator YCharts, we looked into the valuation, revenue and EBITDA of the 25 companies and used that to identify the range and trends for valuation multiples in the blockchain sector.

While blockchain technology is over a decade old, its adoption really took off within the last couple of years, accelerated by the COVID-19 pandemic.

As many new technologies, blockchain was met with skepticism in its early days — especially while it was mostly associated with cryptocurrencies — but the rise of new ways to harness its capabilities, along with endorsement from some of the most high-profile investors and entrepreneurs, helped it grow its median revenue multiple by eight times in just one year.

Following a similar trend as adjacent sectors such as SaaS and FinTech, median revenue multiples for blockchain companies went from around 3x in Q1 2020 to over 25x in Q1 2021.

However, it must be noted that while revenue multiples seem to have stabilised around 25x, the relatively small cohort exhibits very high variance.

From the chart below — which shows the range and Interquartile Range of multiples within the cohort — we can see that the top performers achieve revenue multiples as high as 500 to 700, often with high volatility over time.

However, these are likely outliers as the vast majority of the cohort stayed well below the 50x mark, even in Q1 2021 when the median multiples were at the highest.

When looking at profit metrics — namely EBITDA — the trends are very similar to those of revenue multiples. Starting below 20x in Q1 2020, median EBITDA multiples rapidly doubled to 35x and even 50x in Q3 2020, before decreasing to around 30x in Q2 2021.

It must be noted, however, that less than half of the 25 companies in our cohort publish their EBITDA, largely because the remaining ones are still not profitable. Because of this, the statistical significance of this analysis is not particularly high.

However, EBITDA multiples are useful to understand what a profitable company in the blockchain space could be worth.

Looking at the distribution of EBITDA multiples within the cohort, we notice a slightly lower variance than the Revenue ones, which is surprising given that the sample is only 12 companies, but potentially shows how valuation metrics for more established, profitable companies can be calculated more reliably than their pre-profit counterparts.