Valuations for video games and e-sports companies largely fell back to pre-pandemic levels with a median revenue multiple of 3.4x in Q4 2021. 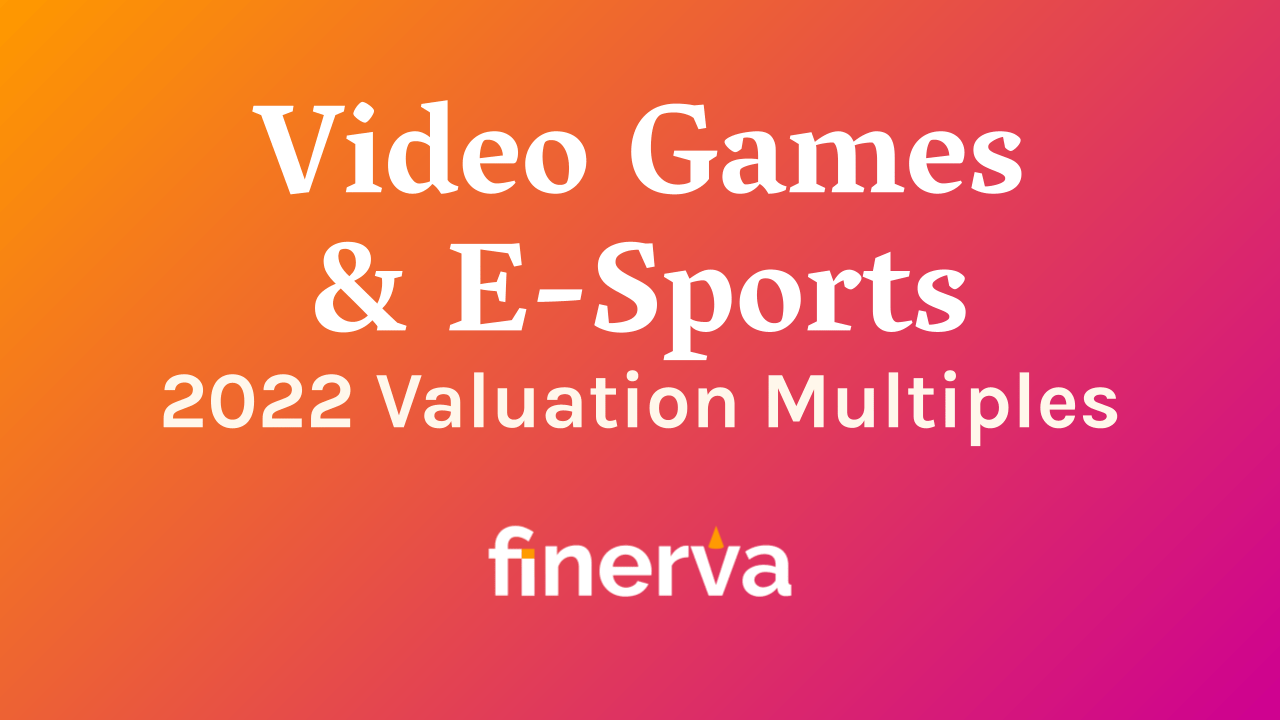 Video games have been around for at least three decades and have become as prevalent as any other form of entertainment across almost any demographic. The sector has amassed billions of fans, not just among players but viewers as well, with the largest E-Sport events reaching viewership numbers in the millions.

Different research firms estimate the global gaming market size between $200bn and $230bn in 2021, and the sector is expected to grow to nearly $550bn by 2028. While the E-Sports sectors is still in its infancy, gaining just over $1.25bn in revenues last year, it is growing at a fast pace and is expected to more than double within the next four years.

This data shows just how mature the sector has become since its early days of targeting only a niche, tech-savvy audience. The modern video game industry has branched out into many sub-sectors and reached a global audience irrespective of age and lifestyle, but this growth inevitably brought many changes and trends to the space.

Mobile gaming, for example, allowed for an expansion of the video game industry outside of home-based gaming consoles, opening up the sector to more casual users. Within this shift, new product categories such as hyper-casual, free-to-play mobile games came to prominence—this industry is estimated to be worth upwards of $3bn and is the fastest growing sub-sector in gaming.

In the meantime, research and development in VR and AR technologies are pushing the boundaries of engagement and realism targeting both veteran gamers looking for an enhanced experience and capturing new audiences who enjoy a more “tangible” gameplay, integrated with real-life actions and scenarios. Hit mobile AR game Pokemon Go is perhaps the best example of this, grossing close to $1bn per year in revenue.

Finally, social media platforms and the video game industry became inextricably connected as a dual user-base of gamers and viewers use them to connect and share content. Streaming platform Twitch was acquired by Amazon for $970m back in 2014, boasting a primarily gaming-focused audience.

Watching players compete in video games as a form of entertainment sparked the rise of E-Sports, where professional gamers take part in tournaments with bigger and bigger prize pools, with viewership numbers that are comparable and often higher than many traditional sport leagues. Global brands such as Intel, RedBull, Pepsico and the US Air Force are pouring millions in sponsorship contracts with the biggest esports teams, some of which are now valued hundreds of millions of dollars and boast celebrity investors, eying public-market debut and unicorn valuations.

The Global X Video Games & Esports ETF (HERO), managed by Mirae Asset Financial Group, “seeks to invest in companies that develop or publish video games, facilitate the streaming and distribution of video gaming or esports content, own and operate within competitive esports leagues, or produce hardware used in video games and esports, including augmented and virtual reality.”

The 30 companies in the fund are all listed on public stock exchanges, and so their financial metrics may differ from younger start-ups introducing innovative technologies, typically considered a high-risk-high-reward investment. However, analysing their revenue and EBITDA multiples allows us to establish a benchmark that can be useful to infer the valuation of a private company.

There is no arguing that the COVID-19 pandemic has boosted viewership and revenues in the esports and gaming sectors, with traditional sport events coming to a halt as well as lockdowns all over the world many players and viewers could still enjoy video games tournaments remotely.

Multiples performance within the fund’s companies is very uneven, with 75% of the companies currently under the 6x mark, while the top 25% can be valued as much as 40x their revenue.

EV/EBITDA multiples followed a similar trajectory, growing from 13.4x to 22x throughout 2020, falling back more rapidly than their Revenue counterparts through 2021. The median EBITDA multiple for Video Games and E-Sports companies in Q4 2021 was 10.5x, 25% below pre-pandemic levels.

“Monetizing esports is still a work in progress.” reports VentureBeat, highlighting how while the sector has the momentum to surpass traditional sports in viewership, revenue and market size, it’s still looking for the most viable business model to do so.

While top-performing video games companies reached over 100x multiples throughout 2020, variance has since decreased drastically even for profitable businesses, ranging from 1.5x to 65x in Q4 2021, with the median half of the sample recording multiples between 7x and 21x.