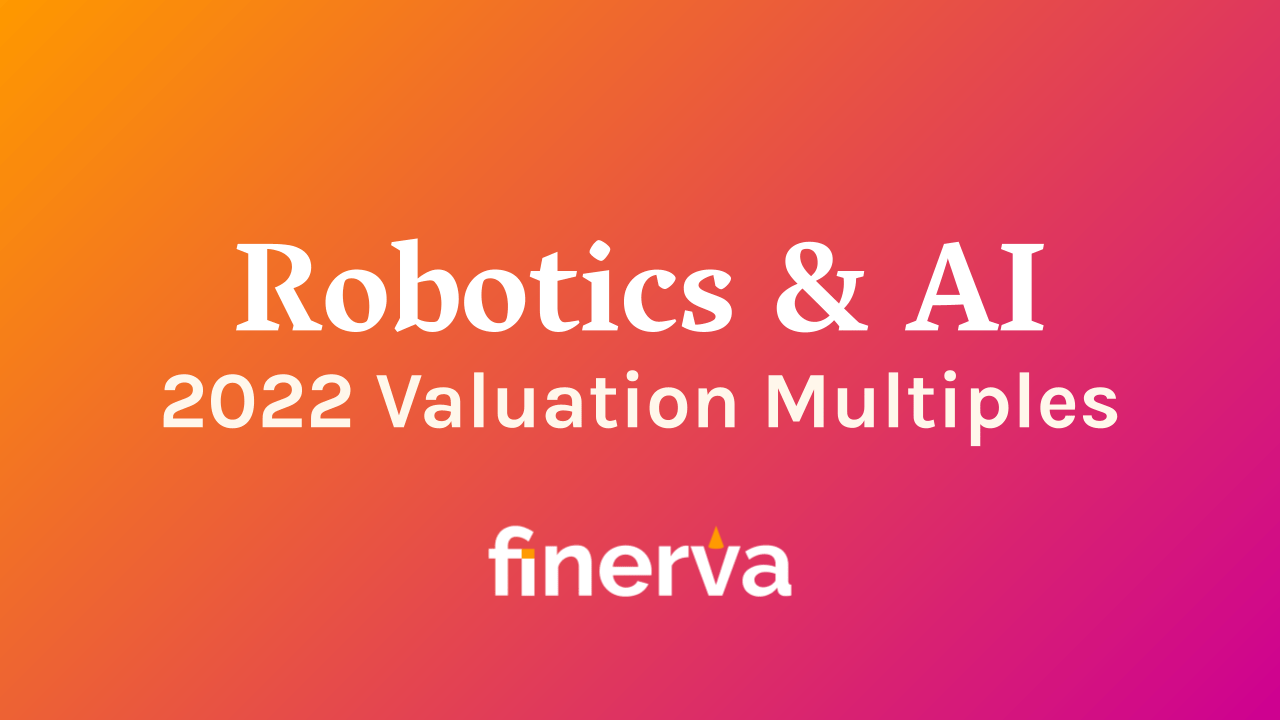 The words Robotics and Artificial Intelligence were relegated to the sci-fi world until just a few years ago. They are now part of our everyday life, with AI powering some of the most widespread technology that populates our digital world. With the growing demand for the technology, Robotics & AI companies have become more and more valuable over the past few years.

According to Stanford University, AI companies raised a record $93bn in 2021, more than doubling the already record-setting investment levels of the previous year. International Data Corporation expects the market to be worth half a trillion dollars by 2023.

The success of AI is a double-edged sword: on the one hand the technology has become ubiquitous and—partially thanks to the pandemic—its business applications have been proven time and time again, on the other hand industry experts have long been critical of the use of the denomination “Artificial Intelligence” for technology that is simply not as sophisticated as those words imply.

While software companies tend to use the term AI more loosely, Robotics—and industrial applications of robotics in particular—have more precise measures to compare the efficiency of artificially intelligent robots versus humans.

According to Tianhao Zhang, co-Founder of Covariant—an AI Robotics start-up that raised an $80m Series C last summer—”the real-world efficacy of the software “brain” powering the robot can vary, and assessing this new technology is complex,” but a good analysis should be based on the robot’s autonomy, its adaptability to changing conditions and its learning speed.

Thanks to proven efficiency results and the necessity created by staff shortages and supply chain disruptions, adoption rates of robotic solutions for industrial purposes is skyrocketing, and so is the company value of their manufacturers.

The Global X Robotics & Artificial Intelligence ETF (BOTZ), managed by Mirae Asset Financial Group, “seeks to invest in companies that potentially stand to benefit from increased adoption and utilization of robotics and artificial intelligence (AI), including those involved with industrial robotics and automation, non-industrial robots, and autonomous vehicles.”

The 36 companies in the fund are all listed on public stock exchanges, and so their financial metrics may differ from younger start-ups introducing innovative technologies, typically considered a high-risk-high-reward investment.

For example, Dealroom.co estimates Covariant’s valuation between $320m and $480m on an estimated annual revenue of about $10m. This would imply a Revenue multiple between 32x and 48x, which would place it in the top 10% of the cohort analysed in this report.

Similar to Covariant, other private start-ups in the field of AI and Robotics will be priced according to their potential, rather than their latest financial data. However, analysing the revenue and EBITDA multiples of their public counterparts allows us to establish a benchmark that can be useful to infer the valuation of a private company.

The multiples are unevenly distributed, with the vast majority of the sample faring below the 15x mark.

Variance has increased throughout 2020, with top performing companies achieving EV/Revenue multiples of over 60x while the median was still under 6x. However, the sample re-gained some consistency towards mid-2021, with the whole cohort showing revenue multiples between 1x and 30x by the end of 2021, underlying more reliable—yet positive—pricing from the investors.

EV/EBITDA revenue multiples were also more evenly distributed than their Revenue counterparts, although with a wider range. In our sample, EBITDA multiples ranged from 4x to over 90x in Q4 2021.