In Q4 2021 the median EV/Revenue multiple for Mining & Specialty Chemicals companies was 3x, up by more than 50% over two years. 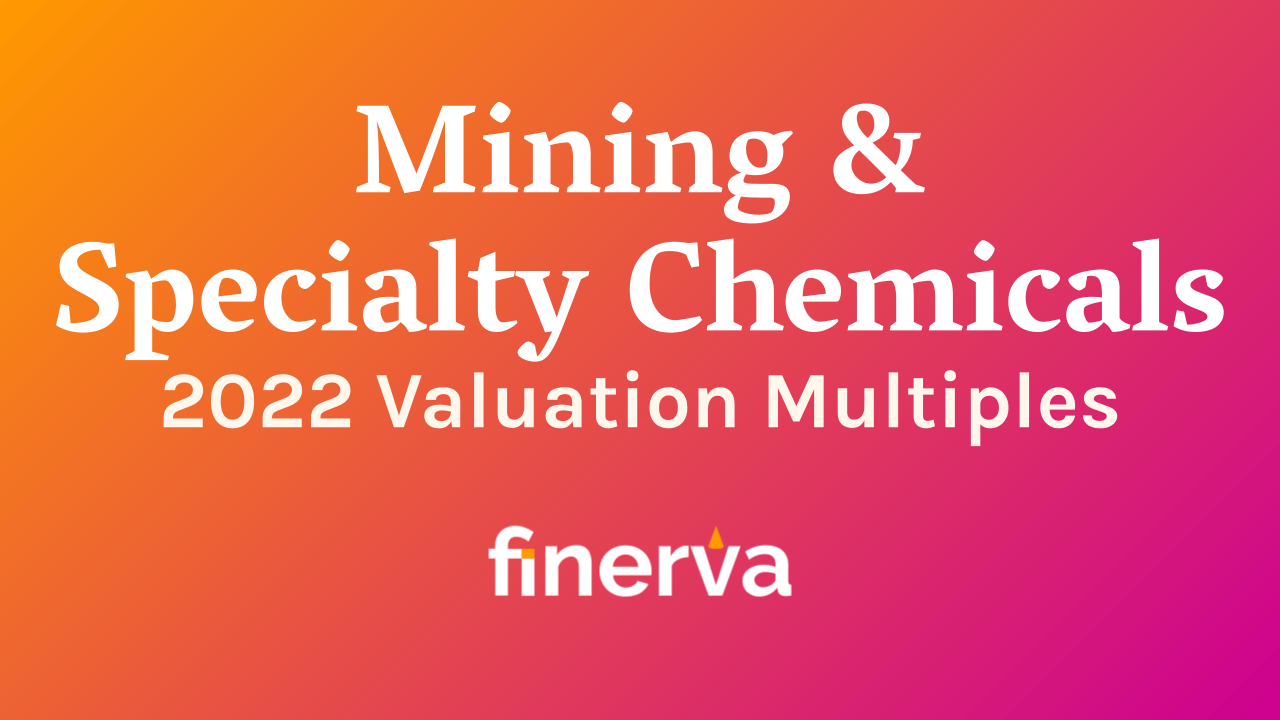 When we hear the word “disruptive innovation” we may think of smartphones, electric cars, wind turbines and spaceships. We almost never picture all the groundbreaking, expensive and sometimes rare materials that are essential to assemble each of these pieces of hardware, let alone all the effort that goes into locating, mining, extracting or sometimes synthesising these elements that are sometimes known as specialty chemicals.

From copper making up almost all electrical circuits, plumbing pipes and heating/cooling systems, to lithium and cobalt that are necessary to manufacture the most advanced batteries, to platinum being used in anti-cancer drugs, as well as graphite which is increasingly gaining momentum due to its key role in manufacturing graphene and carbon fibre: all of the next game-changing technological development rely on mining companies that specialise in these rare materials.

Mining, however, is not a disruptive industry itself, being nearly as old as mankind itself. Locating and extracting precious materials has been a lucrative business since the dawn of society, sadly often accompanied by slavery, colonialism and exploitation.

In a fateful turn of events, some of the innovations that are considered key to the so-called green revolution, which promise to lead us to a net-zero future saving the world from climate change now crucially depends on the same activities that brought us fossil fuels.

This is why investors such as Chrysalix Venture Capital are turning to start-ups to disrupt mining. “What we think about is the intersection of technology with large heavy industries and doing good things for the environment in which we live. […] Mining is going to be here for the long term unless people want to get rid of their electric cars, cell phones, TVs and their computers.” says Richard MacKellar, Senior Partner at Chrysalix in an interview announcing that their firm, known for investing in energy solution, was going to expand into mining.

VCs are not the only ones eyeing disruptive mining technology as a profitable investment: Brazilian mining giant Vale—the most valuable company in South America—recently created a Venture Capital arm to invest exclusively into mining start-ups.

The Global X Disruptive Material ETF (DMAT), managed by Mirae Asset Financial Group, invests in “companies producing metals and other raw materials that are essential to the expansion of disruptive technologies.”

Of the 51 companies in the index, only 30 have their profit and revenue publicly available, and while most of these are large industry players with proven models and stable revenues, their valuation multiples are still useful to gauge the interest of investors in private companies with growth prospects promising to revolutionise the sector.

Unlike many other sectors analysed by Finerva, which show a steady and fast growth throughout 2020 only to plummet mid-2021, the mining sectors shows a less linear path, responding to the bullish market towards the end of 2020, where multiples rose as high as 4.1x, but showing an overall upwards trajectory all the way through 2021.

While median multiples were only 1.8x at the beginning of 2020, in Q4 2021 the median EV/Revenue multiple for Mining & Specialty Chemicals companies was 3x, up by more than 50% over two years.

What is even more interesting to see is how the cohort’s variance widened dramatically, Multiples in the cohort ranged from 0.5x to 7.6x in Q1 2020—by the end of Q4 2021 high performers commanded revenue multiples as high as 59x.

It is unusual to see profit multiples outpaced by revenue multiples in growth. One of the reasons might be that since mining is an old industry relying on sometimes outdated models, companies that achieve higher valuations do so by investing in growth and innovation.

According to McKinsey, when it comes to specialty chemicals “margin improvements only go so far. Once players reach top-quartile EBITDA margins, historically in the range of 15 to 20 percent, further improvements in value are more likely to come from improving capital turnover or growth.”