Revenue multiples for Green Energy companies grew throughout all of 2020, later seeing a minor correction and settling around 9x in Q4 2021. 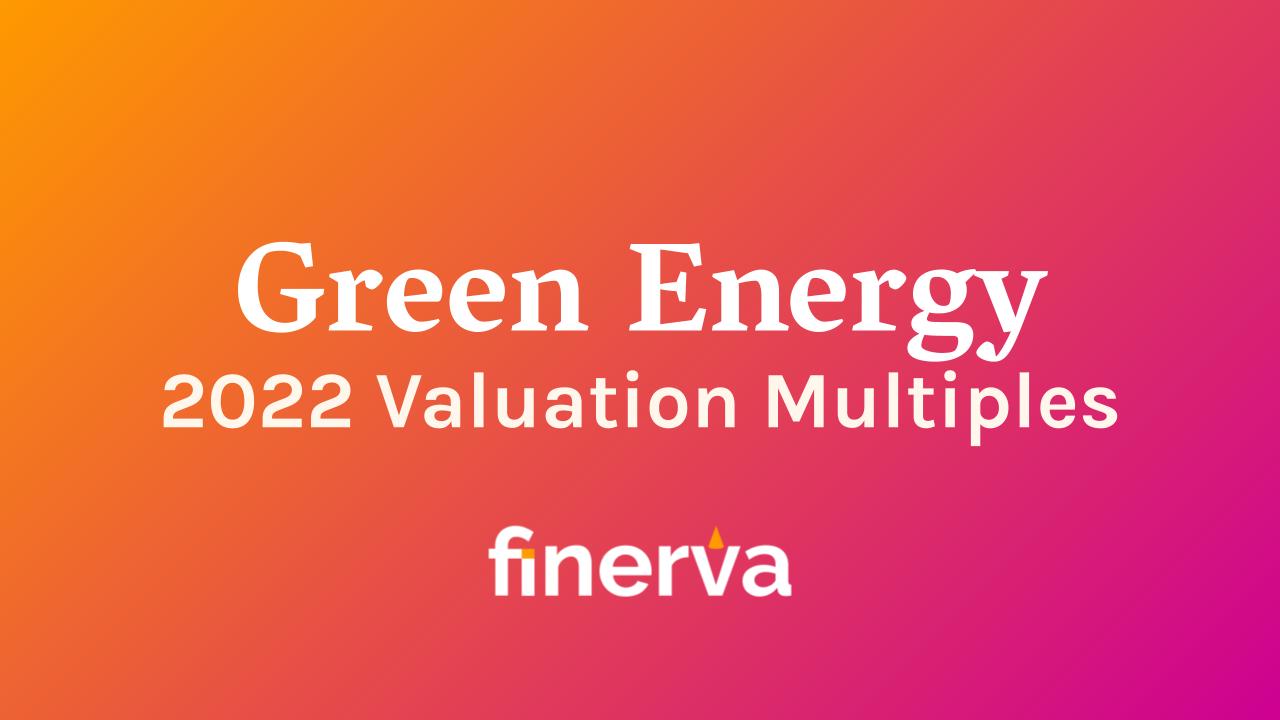 Last month, the IPCC (the UN body for assessing the science of climate change) released yet another report confirming what we already knew: climate change is largely a consequence of our energetic dependence on fossil fuel. For decades, companies have working towards cost-efficient alternatives to produce Green Energy through sustainable, renewable sources.

For a number of years investors, private equity companies and pension funds have been setting up funds reserved for so called ESG companies (Environment, Social and Governance). ESGs are companies that are committed to sustainable practices from an environmental and social point of view.

As the term is used quite loosely, different funds have different definitions of what a sustainable company looks like. Some, for example, only support enterprises that are committed to net-zero targets. For this report, we chose a fund that invests exclusively in Green Energy producers.

The 25 companies in the fund are all listed on public stock exchanges, and so their financial metrics may differ from younger start-ups introducing innovative technologies, typically considered a high-risk-high-reward investment. However, analysing their revenue and EBITDA multiples allows us to establish a benchmark that can be useful to infer the valuation of a private company.

Revenue multiples for Green Energy companies grew throughout all of 2020, almost doubling from 6.7x in Q1 to 12.7x in Q4 2020 when they reached a peak. They then stabilised around the 10x mark for Q1 and Q2 of 2021 before falling slightly.

In Q4 2021 the median EV/Revenue multiple for Green Energy companies was 9x.

This is comparable to what are considered some of the hottest sectors in tech, such as FinTech and SaaS, which also achieved double-digit revenue multiple over the past years.

The distribution of the multiples across the sample is pretty regular, which the top 25% of performers peaching in Q2 2021 and then falling again, with the whole cohort fitting in the 1x – 18x range at the end of 2021, with the median 50% staying between 6.5x and 11.7x.

In terms of EBITDA valuation multiples, we see a relatively similar trend: although multiples didn’t grow as steadily as the revenue ones throughout last year, they peaked in Q4 2020 at 18.2x and then staying relatively stable after a small correction. The median EBITDA multiple for Green Energy companies in Q4 2021 was 15.9x.

On the distribution chart for EBITDA multiples, it’s even more apparent how the top 25% performers in the cohort managed to achieve multiples that are over twice as high as the top performer at the beginning of 2020.

Companies with a high degree of differentiation—which use multiple renewable sources to produce Green Energy—such as Canadian producer Innergex, or Renova Inc. in Japan, were able to achieve the highest multiples, consistently being valued over 30x or 40x their EBITDA.