Valuations for EdTech companies rose throughout 2020 before correcting to lower levels throughout all of 2021. 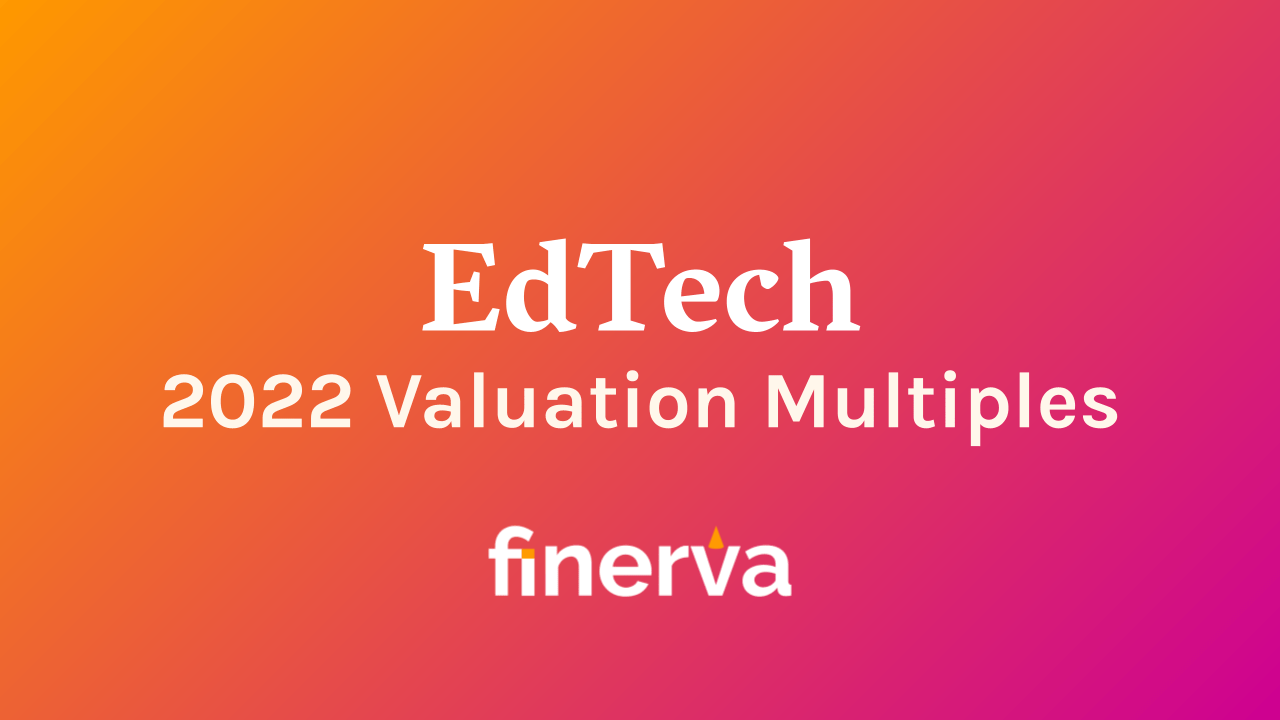 Over the past few years, schooling and education faced two key challenges: reaching underserved populations in developing countries and maintaining learning activities up and running during the COVID-19 pandemic. Companies in the EdTech sector helped tackle these challenges by building and harnessing IT infrastructures to guarantee access to learning resources.

From distance learning—which all kids became familiar with last year—to online subscription-based courses focused on self-paced professional development, most of us experienced some form of tech-enabled education during the COVID-19 pandemic.

In order to understand the effects of this spike in adoption rates on the value of companies in this space, we used The Global X Education ETF (EDUT), a fund managed by Mirae Asset Financial Group.

The fund “seeks to invest in companies providing products and services that facilitate education, including online learning and publishing educational content, as well as those involved in early childhood education, higher education, and professional education.”

Using financial data aggregator YCharts, we calculated distribution metrics for the funds’ companies’ valuations based on their revenue and profit metrics.

Looking at revenue valuation multiples, we can see how—as a result of the pandemic—valuations for EdTech companies rose throughout 2020 before correcting back to lower levels in the first half of 2021.

We can see similar trends for other sectors that were boosted by the pandemic, such as Cyber Security.

The distribution chart below, however, shows us a slightly deeper layer to the EdTech sector. While the IQR (the range of multiples that includes the median 50% of companies in the samples) only saw a slight upwards trend throughout the past six quarters, the upper 25% of the range shot up from 20x to over 30x.

This shows that while some companies only benefitted temporarily from the effects of COVID-19, there were some winners.

Among these, for example, american low-cost textbook company Chegg managed to retain its prominence post-COVID, and it is currently trading at double its pre-pandemic share price.

The trend for median EBITDA multiples—which track how valuations vary in relation to profit—is rather similar: after peaking at 57.6x in Q2 2020, EBITDA multiples are slashed in half throughout 2021, with the median EV/EBITDA multiple for Q4 2021 being 18x.

While drastically lower than pandemic levels, this is still a rather healthy figure for EBITDA multiples, indicating that investors chose to reward companies that managed to maintain high profit margin throughout and after the pandemic over those where profit couldn’t keep up with revenues.

Finally, the distribution chart for EBITDA multiples below shows a slightly less skewed landscape than the revenue one, indicating that (despite a relatively high variance), valuation multiples relative to profit are more homogeneous than those relative to revenue, reiterating the old adage “not all revenue is created equal”.