Within just one year—from Q1 2020 to Q1 2021—median Revenue multiples for the cohort nearly quadrupled, jumping from 1.1x to 4x. 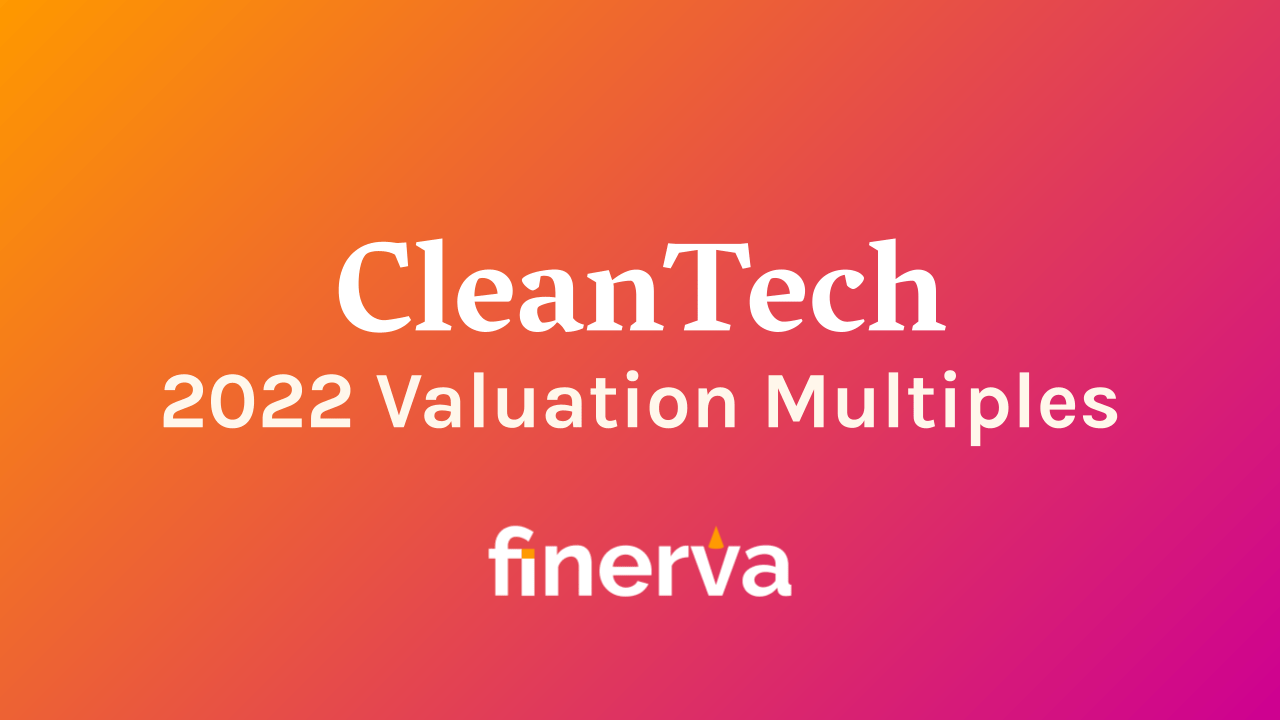 In order to face the increasingly critical threat of climate change and reduce global dependency on fossil fuel, increasingly more innovative companies worldwide are using science and tech to create or improve energy sources that are not environmentally detrimental, to optimise the efficiency of energy usage or to reduce the existing carbon footprint. These sectors have become collectively known as CleanTech.

The economic potential of companies in the CleanTech space is now well-documented. Nearly a decade-worth of data has confirmed the reliability of so-called ESG (Environmental, Social & Governance) companies, as more and more incumbent businesses—including those actively producing fossil fuels—shift to more environmentally conscious practices.

In their latest report from October 2021, the International Energy Agency projected cumulative investment across clean technologies to reach $100tn by 2050. To meet the demand for investment in such ventures, tech giants such as Samsung and Siemens have launched entire divisions dedicated to renewable energy production, energy storage and other sustainable activities.

The CleanTech ETF (CTEC), managed by Mirae Asset Group, seeks to invest in “companies that stand to benefit from the increased adoption of technologies that inhibit or reduce negative environmental impacts. This includes companies involved in renewable energy production, energy storage, smart grid implementation, residential/commercial energy efficiency, and/or the production and provision of pollution.”

The 40 companies in the fund are all listed on public stock exchanges, and so their financial metrics may differ from younger start-ups introducing innovative technologies, typically considered a high-risk-high-reward investment. Around 65% of these companies recorded positive revenues throughout the past 2 years, and around than 50% had a positive EBITDA.

Within just one year—from Q1 2020 to Q1 2021—median Revenue multiples for the cohort nearly quadrupled, jumping from 1.1x to 4x.

After peaking in Q2 2021 at 4.1x, the metric stabilised just over the 3x mark. The median EV/Revenue Multiple for CleanTech companies was 3.1x in the last quarter of 2021.

These revenue multiples are still considerably lower than comparable sectors—like Renewable Energy producers for example—due to many of the technologies developed by CleanTech companies still being experimental to some extent.

As mentioned, only half of the companies in the cohort showed profitability measured as EBITDA.

EV/EBITDA Multiples show that businesses that are able to prove their business model by being profitable are being rewarded with relatively high valuations. Following a similar trend to their Revenue counterparts, EV/EBITDA multiples nearly tripled from 12.1x in Q1 2020 to a peak of 30.6x in Q1 2021.

The metric decreased throughout 2021, with the median EV/EBITDA multiple for CleanTech companies being 18.2x in Q4 2021.

Going back to the previous comparison, while CleanTech revenue multiples fall behind their Renewable Energy counterparts, EV/EBITDA multiples for CleanTech nearly doubled the ones for Renewables in the first half of 2021.

As more and more companies in the space reach profitability, the range of EBITDA multiples widened considerably, with the top performers in the cohort going well into the hundreds, although the vast majority of companies currently remains well under the 35x mark.