Cannabis companies boomed during the pandemic, with revenue multiples climbing throughout 2020 before seeing a drastic correction in 2021. 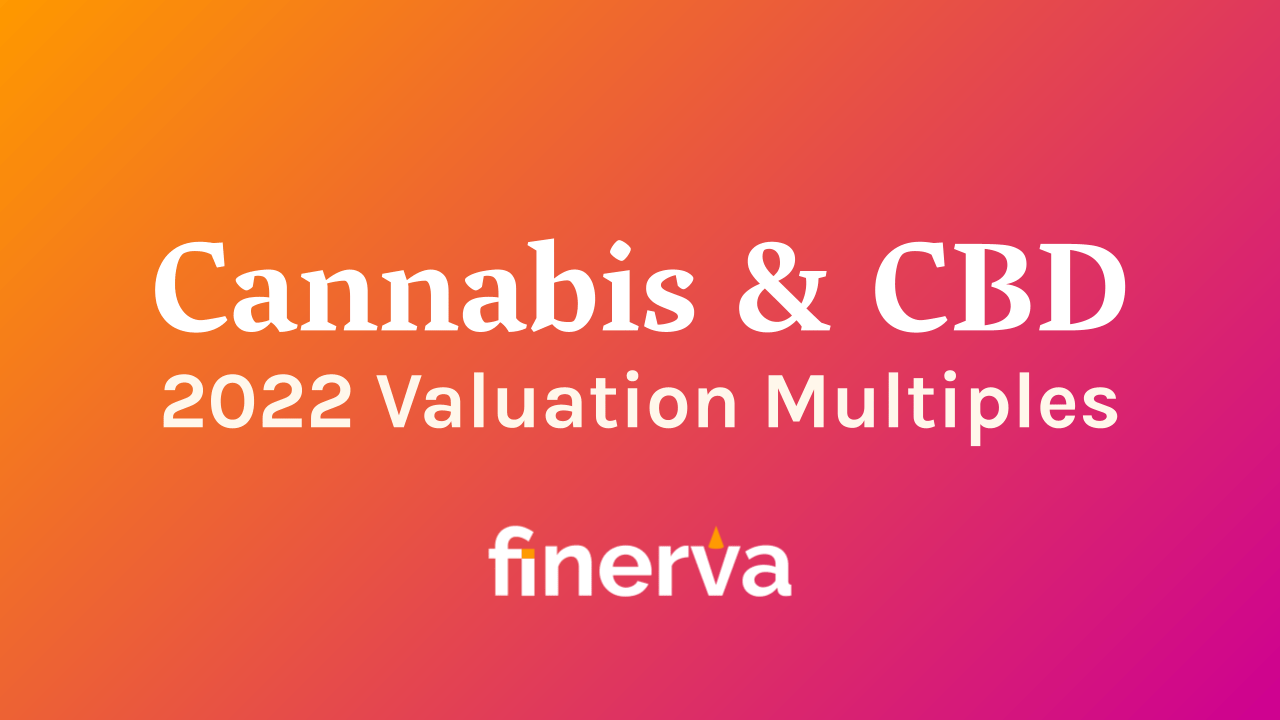 Over the last two decades the legal landscape surrounding cannabis has undergone a dramatic shift. In 1996, California became the first US state to legalise medical cannabis, since then 33 US states have legalised medical cannabis, of which 10 also allow its recreational use. The rest of the world followed suit, including many european countries gradually decriminalising and legalising cultivation, sale and medical uses of cannabis, and in some cases—increasingly so in recent years—recreational consumption as well.

The rise in cannabis companies has been accompanied by a significant increase in investment in the cannabis industry. Venture capitalists and other investors have poured billions into the sector, attracted by the potential for large profits from a legal supply chain with global demand.

According to BusinessWire, North America currently represents about half of the global cannabis market, worth over $30bn in total, but the global market is expected to grow much faster than the US or Canada, where the industry is more mature. It is estimated that in 2028 the global market will reach around $115bn in size, with North America’s share falling to 33%, and the “rest of the world” growing at a rate close to 28% year-on-year.

FirstWednesdays—a European network for entrepreneurs and investors in the cannabis sector—recently published a report produced by Hanway Associates with data from Crunchbase and UK crowdfunding platform Seedrs. The report shows a whopping €1.2bn invested in European cannabis companies, 205 of which recorded in the first half of 2021. Half of the deals involved companies in the healthcare segment, with another 40% related to wellness.

According to Forbes, “The U.K. currently stands at the centre of European cannabis investment activity, with over €50 million raised on London’s public markets and over €42 million through private transactions in the first 6 months of 2021 alone.”

The Cannabis ETF (POTX), managed by Mirae Asset Group, seeks to invest in companies that are “involved in the legal production, growth and distribution of cannabis and industrial hemp, […] providing financial services to the cannabis industry, pharmaceutical applications of cannabis, cannabidiol (i.e., CBD), or other related uses including […] extracts, derivatives or synthetic versions.”

Currently, there are only 24 companies in the fund that are listed on public markets, most trading on the NYSE. Of these, very few are currently posting positive earnings, which makes it interesting to look at how revenue multiples change over time to gauge investor sentiment towards future profitability.

However, because this particular sector is so closely tied to global legislative trend shifts influencing local regulatory environments, as well as relying on a relatively new supply chain configuration, this data should be interpreted as purely indicative.

However, earning reports for some of the industry leaders such as Aurora Cannabis raised questions about the long-term performance of the sector in terms of profitability, Yahoo Finance reports. As a result, the median EV/Revenue multiple for public Cannabis companies in Q4 2021 was 5.7x, much closer to the early-2020 levels than to the Q1 2021 peak.

In terms of distribution, the strong correction in revenue multiples that we saw in the cannabis industry over the past year also translated in a much more consistent pool of data. While in Q1 2021 revenue multiples ranged from 2.8x up to over 90x, Q4 2021 data shows a drastically reduced variance with half of the cohort presenting multiples within the 1.9x and 6.9x range, and top performers just exceeding the 30x mark.

As this is a fast-evolving segment—especially outside of North America—shifts in data like the ones above can be useful to understand how industry players think that variables like the regulatory environment, consumer demand and profitability are changing. It is important, however, to closely monitor industry news to help put this data into perspective.