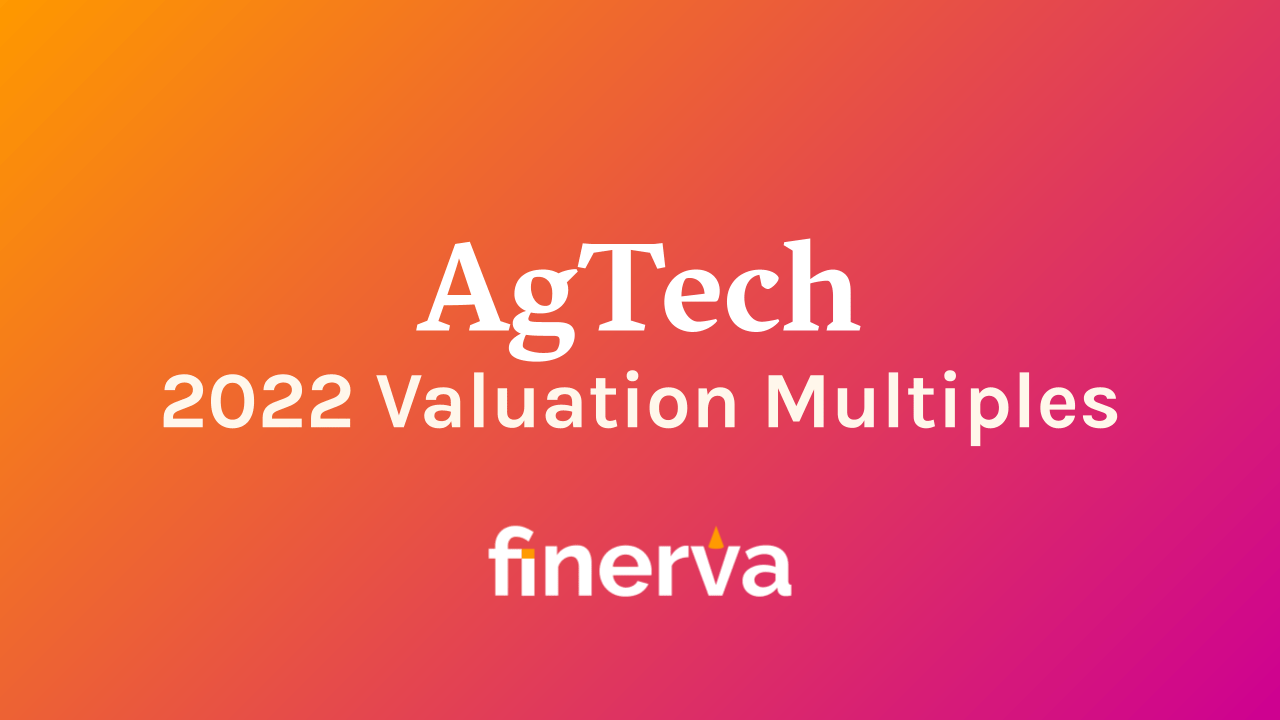 Some of the most ancient forms of economy, agriculture and farming have undergone several radical revolutions throughout history. Today the threat of climate change, rooted in a deeper sustainability crisis, created pressure for the application of new technologies to make agriculture—and food production in general—more efficient. As the sector was once again ripe for disruption, AgTech was born.

Defining the domain of a sector like AgTech presents its challenges. Some companies within this space are applying automation and robotics to pre-existing cultivation techniques, others are using AIs and computer vision to improve animal welfare in farms, some would argue that lab-grown meat companies such as Impossible Foods or Beyond Meat also meet the definition of AgTech.

This makes it harder to establish a clear financial benchmark for company valuations within the sector. In order to obtain a complete set of data on valuation multiples, we looked at some of the public companies in the AgTech space.

The Global X AgTech & Food Innovation ETF (KROP) is a fund managed by Mirae Asset Financial Group that “seeks to invest in companies advancing innovation and the use of technology in the agriculture and food industries.”

The 25 companies that the fund invests in operate in sub-sectors such as precision agriculture, agricultural robotics, vertical farming, hydroponics and agricultural biotech, providing a comprehensive insight of the sector. The fund also includes some protein/dairy alternatives (namely Oatly Group and Beyond Meat Inc.) and food waste companies.

The median revenue valuation multiples for the AgTech sector are relatively low compared to other technology sectors. However, they nearly doubled from 1.5x in Q1 2020 to 2.6x in Q1 2021. After a mild correction, the median EV/Revenue multiple for AgTech companies in Q4 2021 was 2.2x.

Single-digit revenue multiples usually indicate that profit margins within the industry are typically not that high, which is definitely true for traditional agriculture.

As a comparison, high-margin industries such as FinTech an reach revenue multiples as high as 15x, while more R&D-heavy fields such as HealthTech show comparable valuation multiples.

However, looking at the distribution of revenue multiples within the 25 companies in our cohort, we can see how—while the vast majority of the sample is valued at less than 4x its revenue —some outliers achieved revenue multiples north of 20x.

These are typically the most innovative companies of the group, such as the aforementioned Beyond Meat Inc. which tend to be valued in line with tech companies rather than agricultural and farming ones.

The disparity between the absolute values for revenue and EBITDA multiples confirms the hypothesis that the sector’s profit margin are not that high. This could mean that particularly profitable business models within the space have the potential to command a high premium on valuation.

A skewed distribution shows that indeed very few outliers achieve EBITDA valuation multiples in the hundreds. However, 75% of the cohort’s EBITDA multiples were under 15x in Q4 2021.