After a correction in the second half of 2021, the median EV/Revenue multiple for AdTech companies in Q4 2021 was 6.9x. 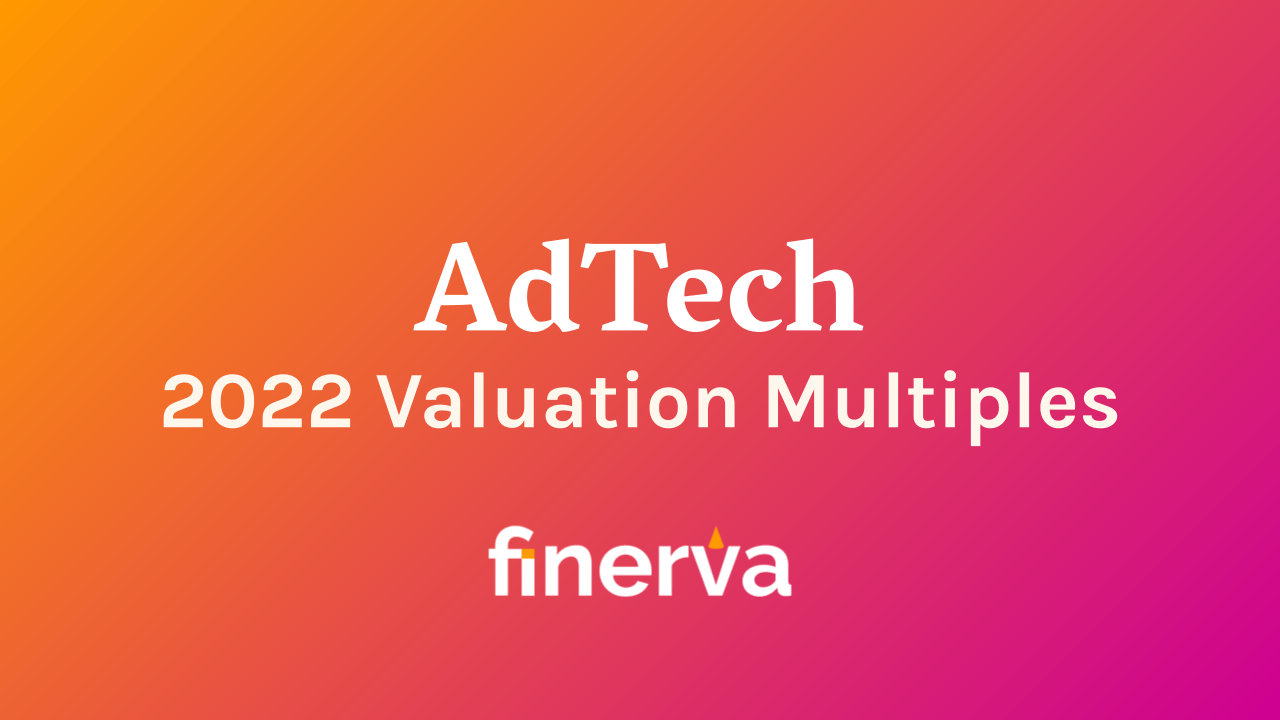 Sometimes called AdTech, MarTech or simply Marketing Tech, this industry was born almost simultaneously with the internet as we know it.

AdTech is an umbrella term to describe companies producing, distributing and using tools and software that helps advertisers reach audiences, deliver digital campaigns and measure their outcomes. This may sound generic, and it is.

Traditional advertising used to involve companies purchasing advertising space from other businesses—mostly in the media industry—and populating them with content supplied by advertising agency. When the majority of ad spaces moved online, the large amounts of accessible user data allowed advertisers to target their content with unprecedented precision. The need to collect, process, measure and act on this data prompted the development of AdTech.

According to Amazon—a global AdTech leader, among other things—AdTech and Marketing Tech allow for better allocated ad spend, operational efficiency of campaigns and deep insights across the marketing funnel.

According to Verified Market Research, The Global Ad Tech Software Market was valued at $16.3bn in 2018 and is projected to reach nearly $30bn by 2026.

While the AdTech market has been growing for nearly a decade, making or breaking industry giants like Google and Facebook, it has been impacted by an array of market dynamics such as governments trying to break up some of its largest players, GDPR, the COVID-19 pandemic, as well as an increased sensibilisation towards disclosing user data to third parties.

The Advertising and Marketing Technology ETF (MRAD), managed by Mirae Asset Group, seeks to invest in “companies that we believe are positioned to benefit from the disruption underway in the advertising and marketing industries.” These include programmatic, targeted, and data-driven advertising companies, as well as companies that leverage technology to partly or fully automate or marketing processes such as asset creation and targeting.

The 31 companies in the fund are all listed on public stock exchanges, and so their financial metrics may differ from younger start-ups introducing innovative technologies, typically considered a high-risk-high-reward investment. Almost 95% of these companies recorded positive revenues throughout the past 2 years, and over 65% had a positive EBITDA.

Median EV/Revenue multiple for AdTech companies were boosted as a result of the COVID-19 pandemic. With physical advertisement spaces getting hardly any impressions, median multiples jumped from 3.5x in Q1 2020 to 8.5 in Q1 2021, peaking at 9x in Q2 2021.

After a correction in the second half of 2021, the median EV/Revenue multiple for AdTech companies in Q4 2021 was 6.9x.

The decline in Revenue multiples in the second half of 2021 is likely due to the impact of one major iOS update, which started blocking third-party cookies by default.

Cookies are among the main tools used by AdTech companies for tracking user data, and the fact that Apple made a bold move against them strongly signalled that reliance on third-party data was a major weakness for companies in the space, affecting earnings and therefore multiples.

When it comes to distribution, there is a very high variance among companies in the cohort, with the bottom 25% achieving Revenue multiples between 0.6x and 2.3x in Q4 2021, while the top 25% companies are valued between 9x and 43x their Revenue.

EV/EBITDA multiples for AdTech companies show an even greater variance, ranging all the way from 7.4x to nearly 260x in the last quarter of 2021.

Profit is not a given in this tech-heavy industry, with margins usually rather low. However, the pandemic has shown that those companies that are profitable deserve to be valued at a premium, with the minimum EV/EBITDA multiples within the cohort jumping from 0.4x in Q1 2020 to 7.4x in Q1 2021.