Why A Dutch Company Turned Down VC Money 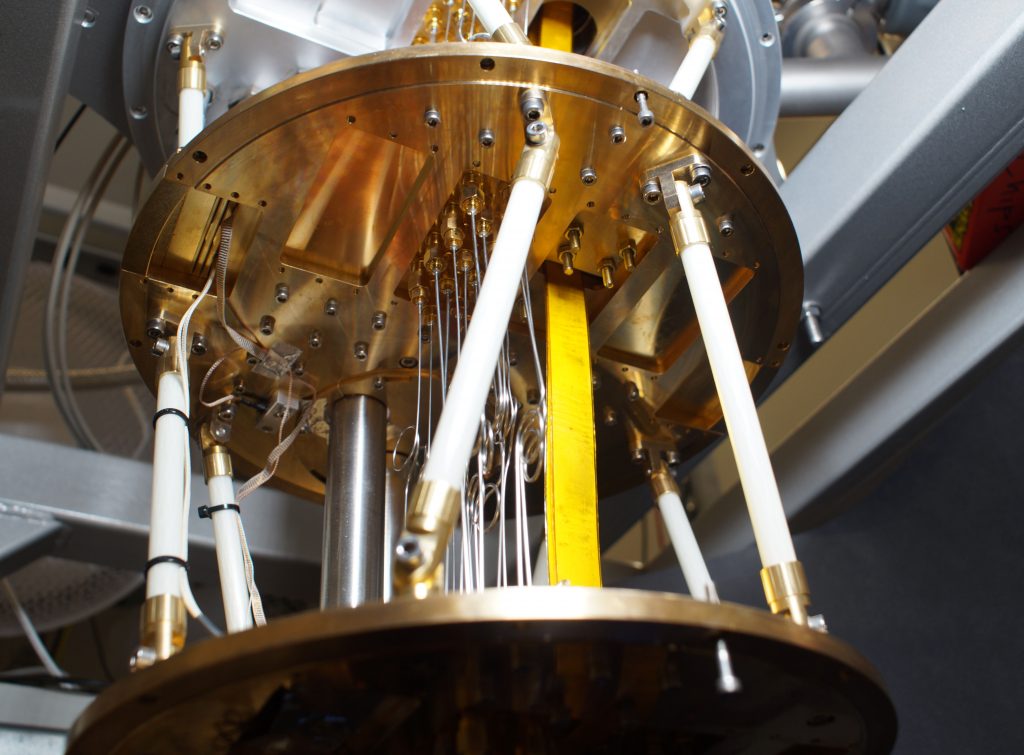 “Many VCs are like a Ponzi scheme, just focused on investors and encouraging you to burn money,” says Sal Bosman, founder and chief executive of Delft Circuits, a company that makes specialist wiring and instrumentation needed to run quantum computers.

Bosman’s strong statement is in sharp contrast with the media portrayal of VC firms, often regarded as the enablers of ground-breaking tech companies leading change. With funding rounds relentlessly increasing in size and growing levels of hype around companies raising capital, Bosman’s stance is meant to denounce the exploitative conditions that often come as strings attached to investment term sheets.

Bosnan’s company – Delft Circuits – operates out of the Applied Physics block on the University of Delft campus and is the first start-up to work on the Delft Quantum Campus alongside Intel, Microsoft and the Dutch national quantum lab QuTech. It has carved a niche for itself as a provider of cables for quantum computers.

While quantum computing is still mostly at experimental stage, Delf Circuit’s sector is potentially very lucrative. As quantum computers need to be supercooled to almost absolute-zero temperatures, normal wiring cannot be used as it’s not suitable to operate in such conditions. The 3-years-old Dutch company has therefore developed ultra-flexible cabling that will work at these extreme temperatures, and has since started supplying many quantum computing labs worldwide, attracting interest from companies and organisations such as Google, Intel, Microsoft and NASA.

Gaining a technical advantage and significant market share in the sector has huge potential as the sector develops, and Bosman has built his whole business on these premises, as he now hopes to increase sales to €100,000 per month by the end of the year.

Of course, as for any other fast-growing innovative company, Delft Circuits needs funds to fuel its R&D activity before it sells a high enough volume to become self-sufficient. Which is why in January the company was very close to signing a funding deal with a VC.

Everything was going well, a lot of due diligence had been done. Delft Circuits had spoken to around 20 VCs and finally found one that felt like a good match. That VC firm had, in turn, evaluated over 400 business plans and decided that Delft Circuits’ proposition was among the most promising.

The deal would have made Bosman wealthy, on paper at least. And Delft Circuits really needed the financing, with only a one-month runway ahead.

But when it came to signing the term sheet, Bosman walked away from the deal. The problem was the drag-along clause, which would have given the venture capital investors the right to force the sale of the company if they wanted to.

While this kind of clause is quite common in start-up funding deals, Bosman refused to give up control of his company, having worked hard to build it and feeling like his potential investors were more interested in realising their return margins rather than in seeing the company succeed.

“I disagreed with the idea that the investors could sell the company from under me if they want to. That is completely unacceptable, […] I build a fantastic team and then they sell it. And then I am supposed to start a new company again,” he sighs.

Drag-along rights are not the only clauses that can scare off Founders from signing a funding deal. Founder vesting requirements, for example, require entrepreneurs to lock up their shares for several years in order to discourage them from leaving the company. This, however, deprives Founders of the possibility of an exit, which can be emotionally draining given the efforts necessary to run and grow a company.

“It is putting Founders in the employee position,” comments Bosman, who also claims that, more often than not, VCs encourage companies to spend the money raised on arguably irrelevant things like, in his case, new flooring for the company lab: “We don’t need a new floor. We needs sales. But it felt like they wanted us to be cash-hungry,” says Bosman.

In the end, Delft Circuits kept itself going through with a combination of angel investment, government grants and some bank loans. Bosman is aiming to make the company cash-flow positive within the next few months to create even more breathing room.

After finding himself disappointed with the typical start-up/VC journey, Bosman is now trying to bootstrap Delft Circuits for as long as possible, sharing the ownership with some of his employees. The Dutch Founder is now pursuing a model similar to the typical German Mittelstand companies, that tend to retain ownership within the original founding team, sometime even passing it along generations.

While he admits that long-term bootstrapping is a luxury that not all sectors can afford, a cutting-edge technology like quantum computing is not yet pressing him to scale up production volumes yet, so there is no need to dilute his ownership – at least for now.

In the unlikely event of the technology booming sooner than expected, Bosman is considering several alternatives, one being an early IPO, which became popular among Israeli tech start-ups.

If he does go for a traditional VC deal, he would like to find investors that have a more long-term vision for the business. Bosman says he would like the investors who understand the company’s approach and culture.

“It’s perhaps too much to ask for,” he says. “But I am convinced they must exist.”