Nurole is on a mission to make the world’s best talent much more accessible with new technology that changes the whole process of search. They provide a fresh approach that’s more effective, more collaborative and much more affordable. 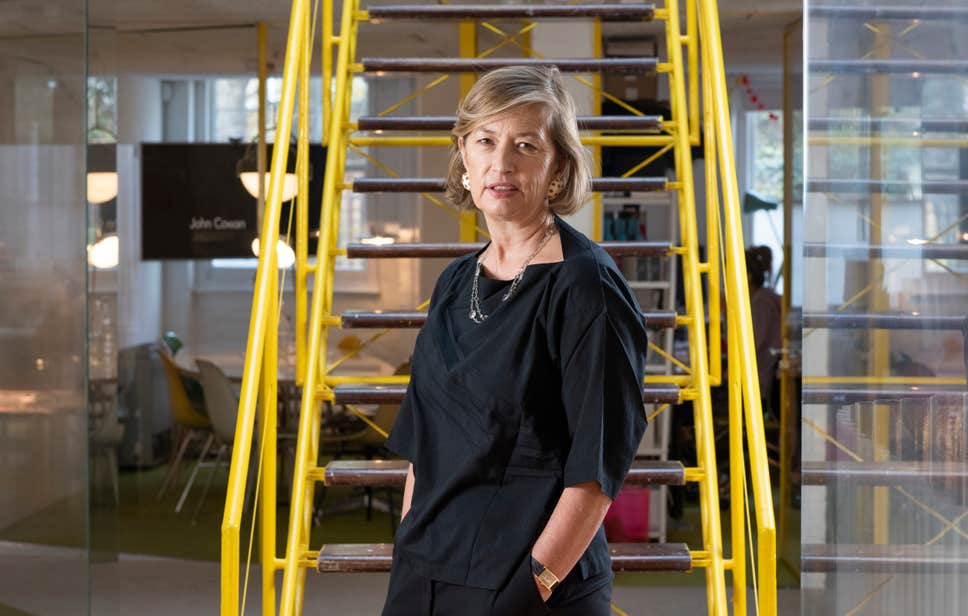 An organisation’s leadership is crucial to its success, but finding great talent can be difficult and expensive. Traditional executive search has failed to keep up with new, agile organisations that cross sectors and geographies while demanding diversity. Online jobs boards are cluttered with too many people and searching through personal networks often draws a blank.
Nurole is on a mission to make the world’s best talent much more accessible with new technology that changes the whole process of search. They provide a fresh approach that’s more effective, more collaborative and much more affordable.

What they call the Nurole Network is in fact a hybrid system that blends headhunting, a social network and artificial intelligence. With unparalleled reach, Nurole brings instant access to outstanding, diverse, engaged candidates who are part of or nominated by the network.

Eighty-first on the Financial Times’ list of the 1000 Fastest Growing Companies in Europe 2019, winner of the Digital Entrepreneur Awards UK Digital Startup of the Year, 2018, Nurole has already helped thousands of organisations from startups to Fortune 500 find board-level talent to resolve many business problems.

We had a chat with Susie Cummings, Founder and CEO of Nurole. This is her second company, and she’s been in the business for 30+ years, so she had quite a lot to share about her path as an entrepreneur.

What made you decide to become a founder?

Nurole is actually the second business I’ve founded. I have worked in headhunting for over 30 years. I decided to go it alone in 1999 when I founded my first business, the headhunting firm Blackwood, which became very successful.

I worked there for 15 years and then in 2014 I had a light bulb moment when I realised that in this digital age there must be a better way to find great people for roles than through traditional headhunting, which involves going through little black books and having endless cups of coffee.

And so the idea behind Nurole was born. In terms of tech capabilities, my timing was perfect. Everything was in line to create a diverse candidate-led platform that would empower individuals to find roles that they are passionate about, while at the touch of the button clients would be able to access hundreds of potential candidates.

So I left Blackwood to build the platform. You might ask why we didn’t build this platform within Blackwood. I didn’t do this because the model only works as an independent marketplace serving all headhunters and organisations wanting to access board-level candidates, plus the candidates themselves. It’s like uber as a platform accessed by all the taxi drivers.

What’s been your most bruising / character-forming experience as a Founder?

I can’t say there has been anything major. We worked from my basement for four years, so there wasn’t a problem finding premises. I’ve funded Nurole myself and we began bringing in revenues very quickly.

I have been frustrated in the past when people we want to hire reject us, because they don’t see our vision, but they tend to not be right for the role in the end. It maybe took a little longer, but we have a fantastic team in place now.

I suppose what I found most difficult when starting up is coming to terms with the fact that even though technology and a great team have ensured that Nurole has grown incredibly fast, it always takes longer than you might think to build a great business.

What were the lessons you took from this?

Adjust your expectations, but get the right team in place as early as possible and you will quickly reach some of your goals and move faster towards others.

Out of your business achievements to date, what are you most proud of and why?

Matching Doug Gurr, the president of Amazon in China, to the Landmark Trust, where he is now a trustee. The match came about after another Nurole member recommended him. It’s turned out to be a great fit, but it would never have been something achieved via the traditional headhunting route.

His placement sums up everything that Nurole is about: empowering amazing people to find roles that they’re passionate about.

What advice would you give to anyone thinking of becoming a Founder?

It’s never too late to start something new. Never be afraid to start again. You’re never too old to start a company. I had been headhunting for 30 years, but I had become bored of doing the same thing for too long. I started Nurole at the age of 55, at a time when many people are looking forward to retirement. It’s completely re-energised me.

You have to be brave and persistent and believe in what you’re doing, because there will be tough times to test you. If you have a good enough idea though you will eventually get the backing and the take up that you need.

If you could change anything to do with being a Founder, what would it be?

I suppose I’d like to be able to switch off and sleep more. It feels like I work 24/7. It gives you a great buzz but it means I rarely sleep more than four hours a night, which isn’t healthy.

What’s your top tip for being productive?

Plan, plan and plan some more. On Sunday night, plan your week ahead. Always be prepared.

Apart from a smartphone, what piece of tech can’t you live without?

I love the planning and communication app Slack. I’d find it much harder to communicate with the team without that.

What do you do when you switch off from being a Founder?

I love spending time with my grandson, walking in the park and, it sounds boring but I’m a Sudoku fiend. I enjoy the odd glass of vodka too!

It’s a combination of both. You need the idea and the talent to turn it into something, but then you need the hunger to keep going and to make it a success.